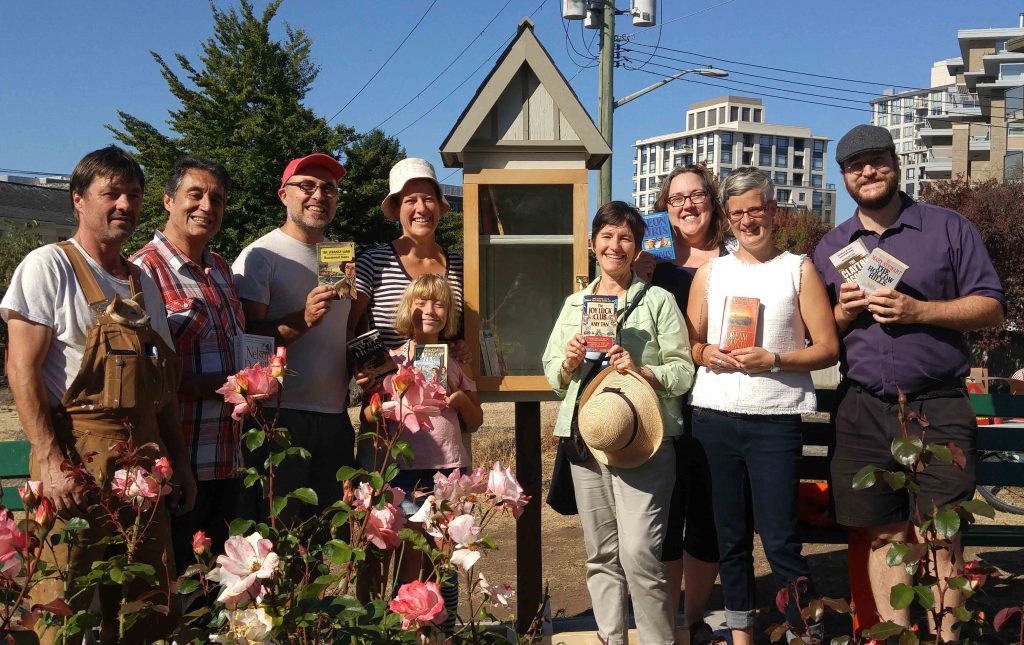 To learn more about the process of developing the Welcoming City Strategy and to meet some members of the Welcoming City Task Force, join online this Wednesday October 20th from 5:00-6:30pm for a virtual panel discussion as part of CUIxVictoria – Vital Conversations for Our Shared Future. You can register for the Welcoming City session here.

For the past year I’ve been honoured to participate in the City’s Welcoming City Task Force and to work alongside newcomers, people of colour, Black and Indigenous people, agencies that work with and serve them, and with Councillor Dubow as task force co-chair. The task force began in November of 2020 by asking, “What makes Victoria unwelcome?” And we worked together over the next many months to develop a Welcoming City Strategy and Action Plan, which are coming to Council for consideration this Thursday.

Racism makes Victoria unwelcoming to people who are – in increasing numbers – moving here from around the world, and to Indigenous, Black and people of colour who have been here for longer. A survey conducted by the Intercultural Association (ICA) confirms the experiences of the Welcoming City Task Force members and others engaged in the consultation process to develop the Welcoming City Strategy.

What can also make Victoria feel unwelcoming is a lack of readily available information on services for newcomers, discrimination when seeking employment or housing, lack of access to and understanding of the legal system, inability to access City services in their first language, fear of calling the police for help, worry about their kids attending school without teachers and other parents having cultural awareness and anti-racism training, lack of access to affordable, culturally appropriate food. And more.

What I experienced as a white settler woman engaged in the Welcoming City Task Force was the extreme warmth and generosity of the task force members and others we engaged over the past year. These are folks who experience systemic discrimination, who are hurt and frustrated by systemic racism. Yet they showed up, shared their painful experiences, trusted us, and trusted the process even though in so many instances trust has been broken and processes have failed them.

One veteran staff member who has attended many town halls, public forums and engagement opportunities in their time, remarked on the gratitude and generosity of the participants. The staff member was struck, as was I, that many of the people in attendance who spoke, began their remarks with comments like, “Thank you Councillor Dubow and Mayor Helps for this opportunity.”

Despite the fact that almost all the participants were Black, Indigenous and people of colour, accustomed to experiencing discrimination and racism, generosity and gratitude prevailed. What struck us was the contrast between the Welcoming City Town Hall and others Council has held in the past, where people with race or class privilege attending take for granted that the forum is there for them and sometimes rudely or harshly address council.

The prevalence of racism in Victoria, and the generosity we experienced throughout the Welcoming City process, make me resolute in my commitment to implement the Welcoming City Action Plan and to make Victoria more inclusive, less racist and to achieve Victoria’s Welcoming City vision: a city where newcomers are warmly welcomed and well supported. I anticipate that when the Strategy and Action plan come to Council on Thursday, Council will share this commitment.

Victoria’s Welcoming City work was identified as a priority in Council’s 2019-2022 Strategic Plan and was also key action in Victoria 3.0 Recovery, Reinvention, Resilience 2020-2041, the City’s economic action plan. Diversity, inclusion and belonging are key to creating a strong economy for the future.

To develop our Welcoming City approach, we built on the work done by the non-profit Welcoming America, which developed the “Welcoming Standard” in 2009. Since that time, several countries including Australia, New Zealand, Germany, and the United Kingdom joined as members of Welcoming International. The Government of Canada, through the Department of Immigration, Refugees and Citizenship joined the network in 2020. The City of Victoria is the first city in Canada to develop a Welcoming City Strategy. The Welcoming Standard is organized according to the following seven categories:

Welcoming Standards are community specific roadmaps that provide a guide with community-determined benchmarks to develop stronger, more inclusive communities and bridge the gaps between newcomers and long-time residents. A ‘newcomer’ is defined as a recent immigrant (up to five years in Victoria), refugees, international students, temporary foreign workers, and recent immigrant Canadians relocating to the city. Welcoming cities recognize that communities are healthier, happier, and more productive when newcomers are welcomed and can participate fully in society and the local economy.

Please read the Strategy and Action Plan and share them with others. The work of making Victoria welcoming is work for all of us. And, those of us with race, class and other privilege have a key role to play and key actions to take in making Victoria an inclusive, anti-racist city for everyone and for the future.

Can you invite a newcomer for tea? Can you advocate for anti-racist training in your workplace? Can you ensure your kid’s classroom is welcoming and inclusive of everyone? How can you create time, space and opportunity with and for those who are often marginalized and privilege and centre their voices and experiences? How can you get out of the way when necessary?

To learn more about the process of developing the Welcoming City Strategy and to meet some members of the Welcoming City Task Force, join online this Wednesday October 20th from 5:00-6:30pm for a virtual panel discussion as part of CUIxVictoria – Vital Conversations for Our Shared Future. You can register for the Welcoming City session here.